Sleeping with his Daddy

Jack is a fairly early riser, he's usually up before I would want to be between 6 and 7 most days. Usually this leaves me and him up to say goodbye to Branden as he heads out the door to work, but on Sundays Branden is still sleeping when Jack gets up. I have to shower and get ready and etc. so Branden has to take care of Jack while I do all those things. A few Sundays ago I came into the bedroom after my shower to discover this adorable sight. 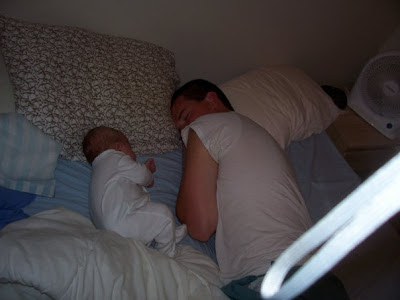 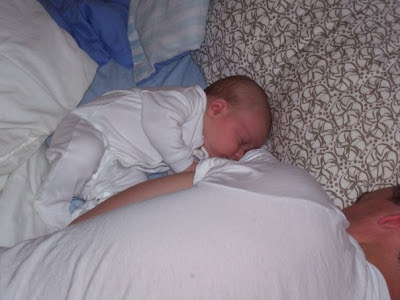 Yay, for blogs! I wanted to see Jack pictures!