Time for another update 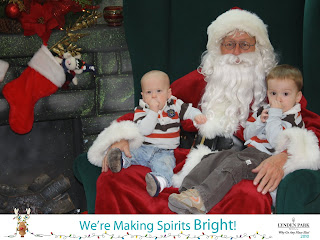 I promise in the new year I'll be better at this. It makes me so sad I'm not because I feel like I will forget everything about how wonderful and hilarious my kids are right now.
Dean is basically out of control. For the past few weeks he's been taking a few steps here and there and practicing standing all on his own. He's definately not anywhere near full on walking yet, but we are at the first steps stage. Its pretty cute because he is way to tiny so it makes Branden and I barf and laugh at the same time when he takes steps. Also he is basically obsessed with stairs. And for some reason every morning when I bring him down (way too early when I'm stilll half dead tired and its pitch black out) I forget to put up the gate so I'll be getting breakfast or lying on the couch dying of tired and I'll hear giggling a little too far away and run and he's 3/4 of the way up the stairs laughing like a maniac because he knows he's not supposed to do it. He's pretty good at up the stairs, but hasn't figured out down and hasn't figured out that he doesn't know how to get down so we still have to keep them gated off. Also everytime Jack comes near him on the stair he gets distracted by his love for his brother and falls.
Speaking of the two of them they are basically too much in love with one another. They spend excessive amounts of time in the day taking turns tackling each other and then roll around hugging and laughing until someone inevitable gets squished or poked in they eye and they dissolve in tears and then 5 minutes later they are back at it. Its very cute. I love that they are buds. Jack is always so concerned when Dean is gone and does not enjoy that Dean naps once more a day then him and goes to bed before him. However when Dean destroys his train tracks he has a hard time not murdering him.
Jack is being so very, very 2.5 and most of the time I love it. He's talking like crazy and I'm pretty sure I got his and Deans halloween costumes mixed up because Jack is definately the riddler. He is nonstop asking questions. When we go out every person that we pass. "where she going? what they doing?" ugh.. I love it most of the time. but somedays I have to put a 2 minute ban on questions so I can regain my sanity. Jack is such a well behaved child. I mean he is crazy hyper and all over the place, but he loves to help. He helps me cook and clean and helps with Dean. He is sweet and caring and loving. He is lately getting very set in his opinions and mildly defiant. Which is a new stage that we are figuring out. its so funny to watch him try to refuse something we ask. he stands there saying no looking so unsure of himself I almost have to laugh. Somedays Jack gets soooo hyper he cannot control himself. Sometimes I'll see him next to Dean just shaking with desire to attack him (not a mean attack but a hyper,loving but always painful for Dean kind of attack) Its pretty hilarious.
Oh and they other day Jack told me that Daddy was "a green froggy that goes quack quack" ridiculous.
They boys are loving the snow. We got a sled for them for Christmas (and gave it to them early) and they are loving it. we have so much fun every day.
Branden just finished his 2nd last semester of school. He was so busy and hardly home the last few weeks so its nice to have him home for 3 weeks straight now. The boys and I are loving it. He did well and we are both soooo excited that he's almost done.
In bad news last friday Branden got into a BAD car accident and we are so lucky he walked away with only a minor bump to the head. It was really bad weather.. snow/rain/sleet stuff and he was going to kitchener. On the backroads there is this one really bad blind turn in the road and he was approaching it slowly when another guy came out coming towards him going way to fast and all the way over in Brandens lane. Branden swerved to avoid being hit head on by him and hit some icey leaves which sent him out of control and he ran over a street sign and was sent through quite a few trees about 30 feet down a hill at the side of a road. He ended up wedged between 2 huge trees and could barely open the doors. They had to remove several trees to get the car out. But he was okay thankfully and thats realkly all the matters. The worst part is the car is totalled and because the other guy took off (which infuriates me because if Branden had actually been hurt he would have been stuck because you could not see the car from the road) anyways because he took off the insurance company rules it as Brandens fault. which STINKS. but oh well such is life (I do hate care insurance companies though)
I'm doing well too. So excited for Christmas this year. We have everything ready (which is good since we have no car until they decide to send us the money to buy a new one) and I"m just trying to enjoy this time with my boys and husband.
Posted by robinm at 4:20 AM 1 comment: