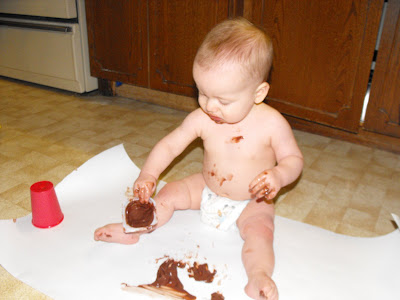 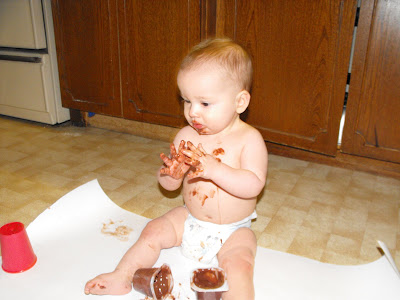 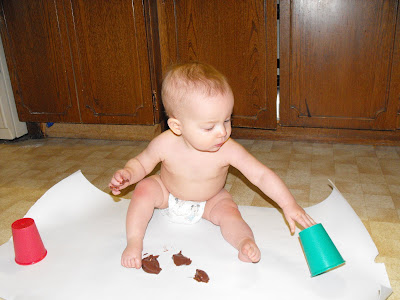 Ever since my last attempt at finger painting with Jack I've been really stuck on the idea. I really liked the painting he did and still have it hanging in my apartment, but I'm not really cool with him eating his weight in paint, albeit the paint was non-toxic but still! so we tried painting with pudding. And I have to say I was surprised. he was much more excited to paint with and eat the real paint than the pudding. He cried alot at first, then sort of got into it, then got scared and as I was about to go give him a bath discovered the delicious taste of pudding and gobbled up as much as he could. I think we'll try it again, but probaly not a for a few more months.
Posted by robinm at 7:55 PM

How creative... I don't know that I ever would have thought of doing painting with pudding! :)