So I've done a post like this before about Jack's many sleep positions, but seriously this kid never sleeps the same way. Lately he's been so cute in his sleep/slash/when he's waking up going to sleep. The other night Branden and I army crawled into his bedroom together just to peek up over his crib and stare at him and laugh as he thrashed about trying to fall asleep. Something is so cute about babies sleeping. Anyways recently he's just been sleeping so cute everytime I"ve gone in that I HAVE to snap a picture (and pray the flash doesn't wake him up). Some samples for you... 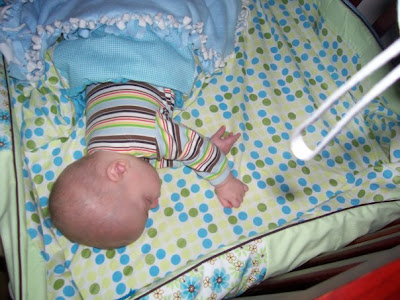 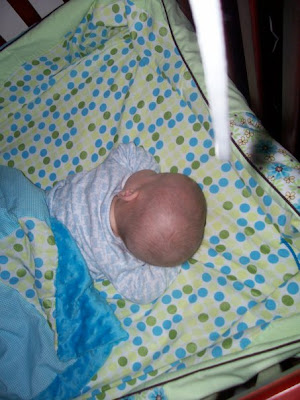 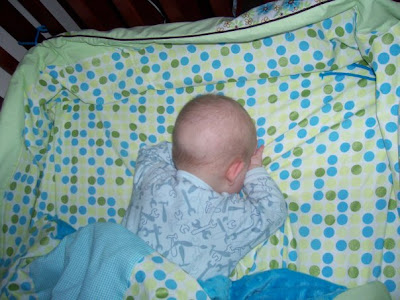 Rubbing his eyes in his sleep, the cutest BY FAR!
Posted by robinm at 5:46 PM

ADORABLE! I love it when they rub their eyes! So human like! His bedding is really cute.