Monday was Thanksgiving and we had a great long weekend. Friday night we went to our wards Harvest Dance. Which was alot of fun. My parents came and watched Jack so Branden and I could go unencumbered. We learned to square dance, which was I have to say shockingly entertaining and fun. Although I had to FORCE Branden to try it I think in the end he had fun doing it.
Saturday we rested for our next two days.
Sunday we went to church and then to Branden's parents house for Thanksgiving dinner. It was tasty and fun EXCEPT that for some random reason my pregnancy decided to attack and immediately upon finishing the meal I spent quite some time vomiting it back up in the bathroom while everyone listened on. So very lady like of me! The barfing, however, didn't stop me from gobbling up some pumpkin pie later.
Monday we did our Annual Timon Family Tradition and went to the apple orchard. Usually on Thanksgiving Monday the place is booming with people. But this monday was about 1 degree out. So it was a ghost town, except us all dutifully bundled up and ready to pick apples. Jack had a blast though, he didn't even seem to notice the cold. And did not eat a single apple, but had way to much fun throwing them around with great abandon. Other than the freezingness that did not leave me all day it was a grand ol'time!
Then we went back to my parents for a wonderful turkey dinner that I did not wretch up this time (yay me!)
I stole some pictures from my sisters facebook for you to see our Monday Apple Orchard adventures. 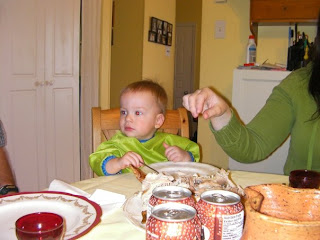 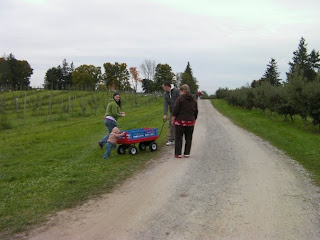 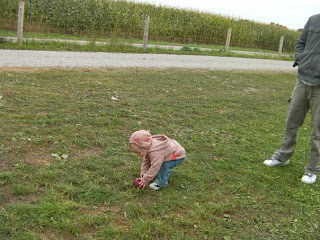 Picking up apples to throw 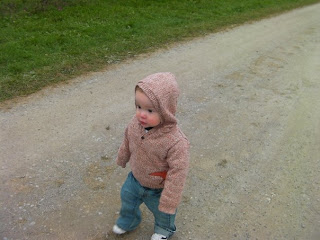 walking, cutest sweater on him ever EH! Got it for $2 at a garage sale, it has a matching hat he ripped off, but I LOVE it! 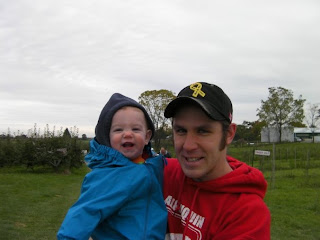 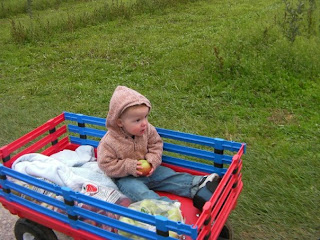 Sitting in the wagon. 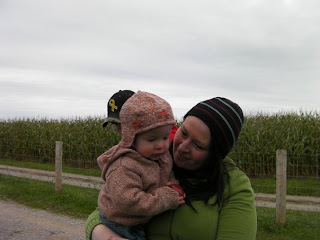 Excuse the enormity of my head in Branden's hat (I was cold) and focus on Jack's adorableness!