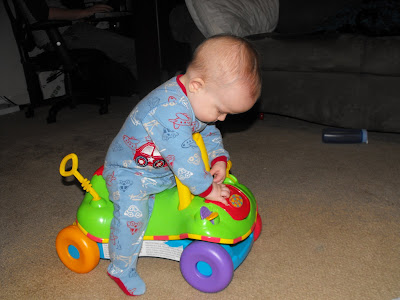 Jack got a new toy for Christmas from my parents and finally we put it together this week ( he wasn't really ready for it until he started crawling). He loves it. Its a ride on/slash/walk behind toy. He's so cute because when he's riding on it he has no clue how to get off so he just bails to the side and the toy comes tumbling down on top of him. And when he's walking behind it (and trust me I use the term walking loosely) He doesn't know to actually walk. He just hangs on while it rolls forward and he bashes his face on the handle and falls.. its pretty funny. Poor kid. He does love it though and despite the numerous times it hurts him he's always eager to get back in there with it. 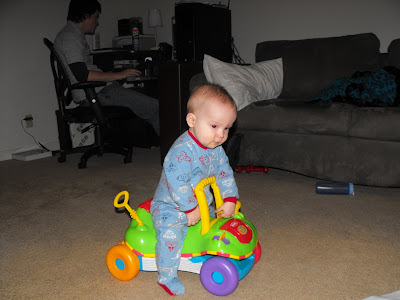 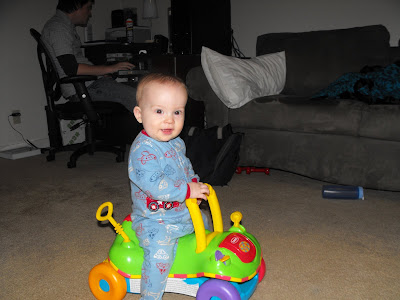 Ha Ha, my babies got the exact same toy from my mom! They love it too, but beware, Jack will eventually figure out how to rip the little cubby hole lid off, and then cry and make you put it back on...over and over and over. :)