No Smoking for Babies 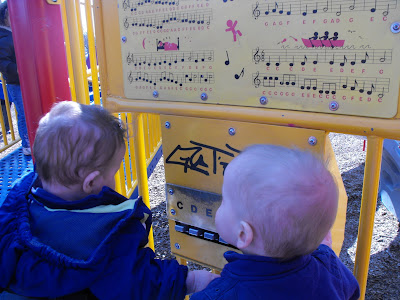 The weather around here has been gorgeous this last week. And on Friday my friend Janeth and her little boy Luke (who's just a month younger than Jack) and Jack and I decided to enjoy it by going to the park for a picnic. The boys had a lot of fun and seem to be enjoying parks and outdoors more and more as the days go by. We swung on the swings, went on a four way teeter totter. Went down slides and climbed through tubes. It was great... until catastrophe struck!

The boys were sitting on the ground on a blanket eating and Jack was crawling about on the surround grass exploring and eating leaves and dirt and what not. Quite frankly I'm totally okay with him eating dirt. I think its part of being a boy. So I wasn't paying that much attention to it at all. Then I look down and Jack has something in his mouth and is making a most disgusted face about it. Upon further inspection Janeth and I discovered it was a cigarette butt! I almost cried and barfed. I scraped it out, wipied his mouth and gave him a drink post haste. I felt like pretty much the worst mom ever. I didn't even think to look for and clear out cigarette butts. It was terrible and the poor kid smelt like smoke in his mouth region all day after that, even after a thorough mouth scrubbing when we got home. It was not cool. So note to all first time Mothers scan the immediate zone and throw out all cigarette butts when you go to the park!

Aww don't feel TOO bad, it's not YOUR fault that people are disgusting and don't throw their butts into garbage cans like they should. Poor Jack. :(

Wow Robin...that's just too funny/sick. Definitely a story to write about in a baby book/blog. Maybe next time he'll find a used patch to get over his new addiction.