Jack's first halloween went pretty well. He spent the day dressed up in a halloween onesie and the cutest pumpkin hat in the world. Seriously I don't care if its not in season I am putting that hat on him every day until it no longer fits his gigantic noggin'. It's just way too cute.
Halloween night we went to our friends Elaine and John's house to take Jack out trick or treating with them (we felt stupid actually taking him to doors when he is clearly to young for candy, but wanted him to have the experience).  So Branden and John took the kids out and Jack just watched the older kids trick or treat. He conked out on his Dad's shoulder after only a few minutes though so they came on home and helped Elaine and I hand out Candy. It wasn't too exciting for Jack but he did seem to enjoy it.
And now a photo montage of the event. 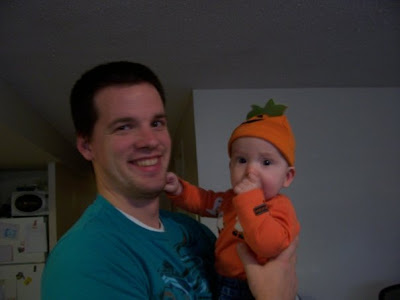 All dressed up in his Halloween outfit with his Daddy. 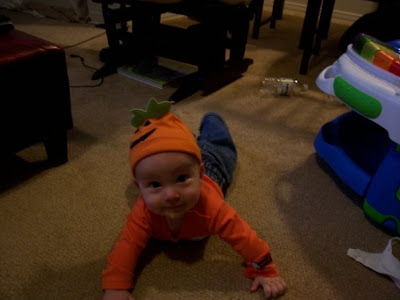 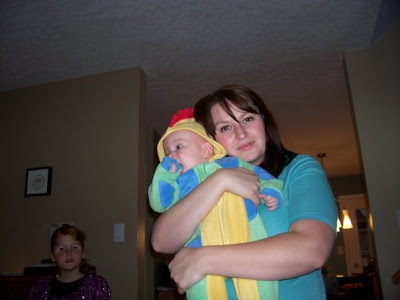 Ready to go out trick or treating 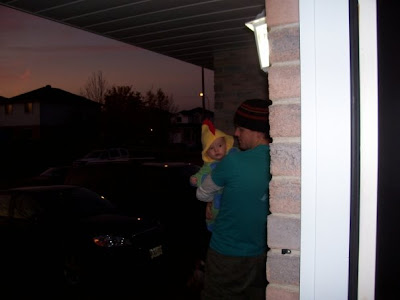 On his way out 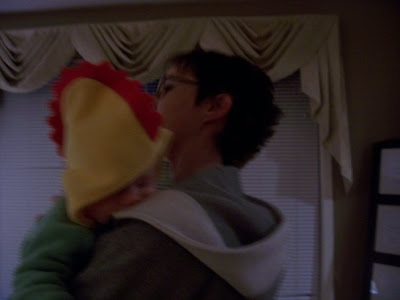 Conked out on Elaine after he got back. 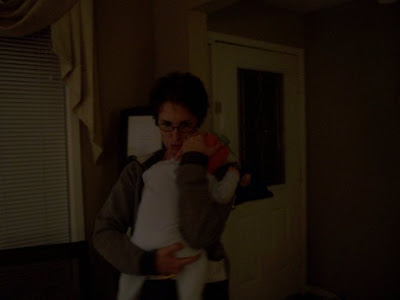 He woke up after just long enough to develop a love of chip bags and smacking them on the ground. he fell asleep again still clutching on. 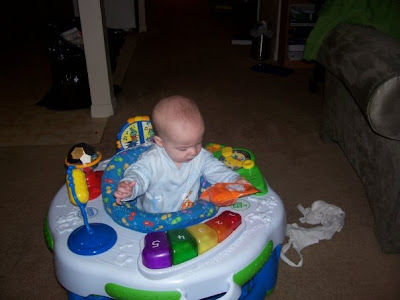 The next morning he was still loving the chip bag!
Posted by robinm at 7:48 AM

He looks so cute, Robin!