My oldest friend Hilary has been in Canada visiting the last little while. (She sadly went off to school in Idaho and married a boy from Maryland and is living there.) She has an adorable little girl, Sierra, thats about the same age as Jack (just a few months younger) and I'm soo glad we were able to get together with our babies this past week.

Hilary came down and we all spent the day together. It was a great day and honestly our little munchkins have such similar personalities, they are both a little crazy and a whole lot of fun. We had a busy day of activities for them and had so much fun!

First we had them create some pudding art. Well, atleast we tried. They seriously just ate the pudding and got alot on themselves and the floor and shockingly little on the paper for how much of a mess the rest of the floor was. They loved their pudding and had so much fun eating away. They were hilarious Hil and I were nearly peeing our pants laughing at the two of them. 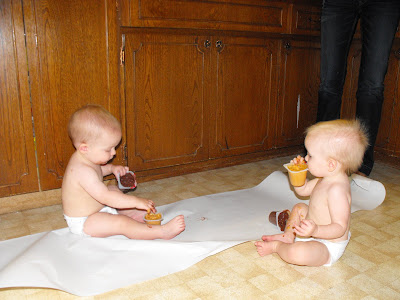 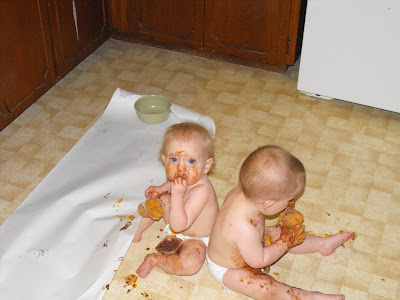 Anyways after that we took our crying messes of babies off for a fun little bubble bath together. They were totally adorable splashing away together and they got all clean. The bubble bath too, however, ended in the catastrophe. Hilary and I were busy snapping pictures of our little ones and poor little Sierra slipped under the water and it took Hilary like 2 seconds to get here because of the camera factor and this was just unacceptable to Sierra she was so upset and it was so sad! poor little one! 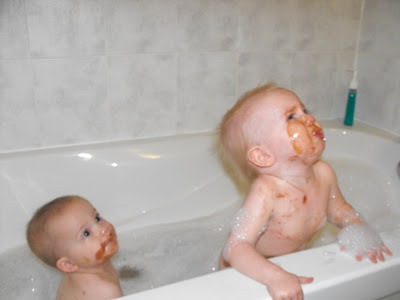 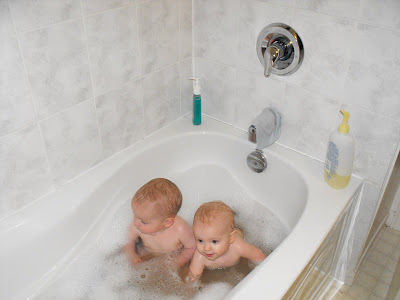 After Hilary finally got Sierra calm, we all had some lunch. The babies had quite a little feast. we had everything for them, chicken, grapes, cheese, crackers, corn and green beans. But they just gobbled up the cheese fast as good be and ignored the other stuff until we got them some more cheese. Crazy kids.

After lunch, they both had naps! (amazing children) and Janeth was happening by the house so she came in with Luke for a bit which was nice (and the crazy lady had her baby the next day!)

Later in the afternoon once they were both up we took them outside to play. We got them into their swimsuits so they could play in the smallest pool ever. it was pretty cute. Then they both got obsessed with climbing up the slide together... sooo cute!! 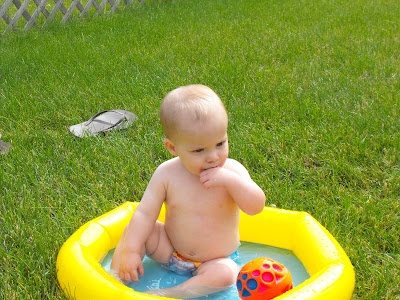 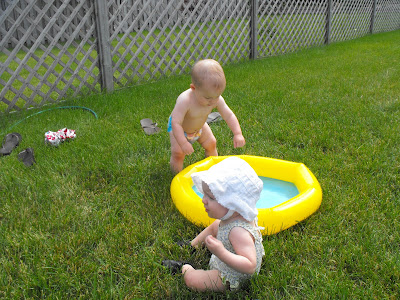 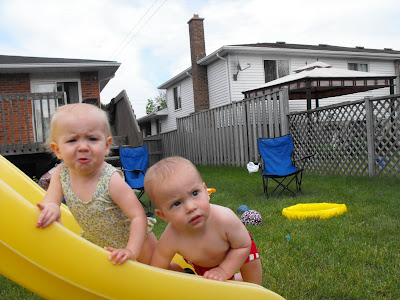 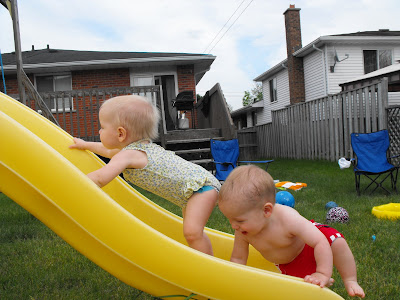 For dinner, we had a bbq and Hilary's sister Heather and her husband Ken and two little girls came over. It was really nice to all spend time together.

All in, it was a fabulous day. I just wish Hil lived closer so we could have play dates like that for Mommies and babies every week!
Posted by robinm at 3:38 PM

lol!!! Oh, how I enjoyed this entry :) It sounds like a very amusing slash catastrophic day :) hehe And that is definitely the smallest pool ever! haha:)

they were SO cute together! it was so fun playing with you guys, i wish we could do it all the time! that is ridiculous that janeth had her baby the next day! we need to send each other all of our pictures.

oh my gosh. this is quite the day of hilariousness!! jack and sierra are so cute together. love it! oh and i love the miniature pool. lol