Here I am as promised!

Well the last few weeks have been very busy for us MacLeans. As you know my maternity leave finished and I'm back at work and Branden is also working for the summer. both of our jobs are going as well as can be expected and we're starting to get into the swing of things. We are so exhausted most of the time and being very minimally social, but we are still having fun. Its been really hard though and we're just hoping it gets easier with thime.

It took Jack awhile to adjust to daycare, but he's adjusted and he's in a great daycare. The ladies there love him and he loves them. They even fight over who gets to hold him and cuddle him when he's in the mood. He LOVES all the toys they have there. His favourite is the slide, he climbs up the stairs and goes down the slide for hours at a time. Every time I pick him up he's going up and down and up and down. I really wish that I could be home with him, but this daycare is great and is definately the next best thing since I can't be.

We've been trying to have alot of fun doing stuff together as a family on the weekend, since its our main time together.

A few weeks ago we hopped a fence and broke into a private school park and played together. It was pretty fun! 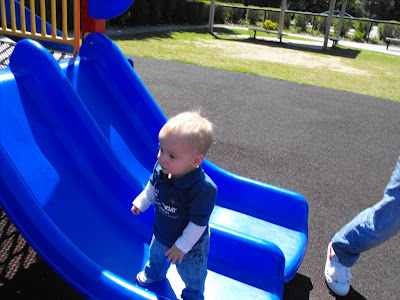 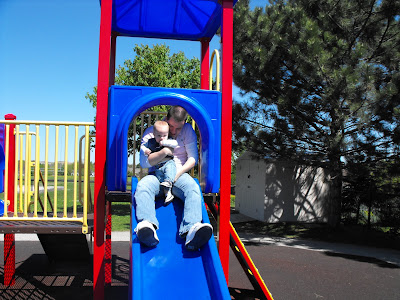 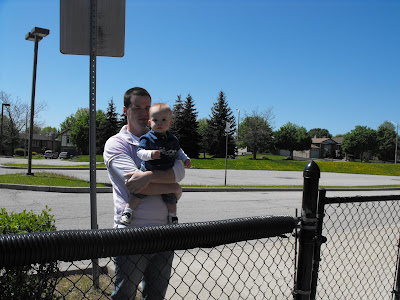 We had a big delicious waffle breakfast together that Jack loved! 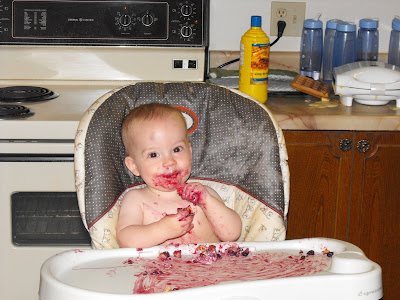 We introduced Jack to the world of bubble baths and he loved them more than anything! 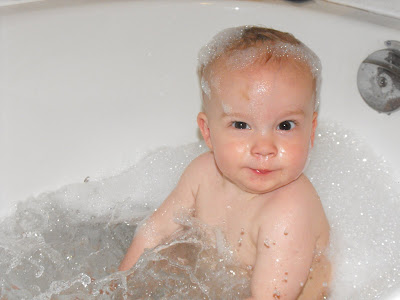 We had a picnic at Waterloo park and Jack got to see all the animals. He, however, was not all the interested in the animals and was more interested in shaking the fences and scaring them away. Then he got too excited for words for no reason ran away and pushed a random little girl who was walking hand in hand with her Mom and then hugged her Mom. he was out of control, but it was alot of fun. 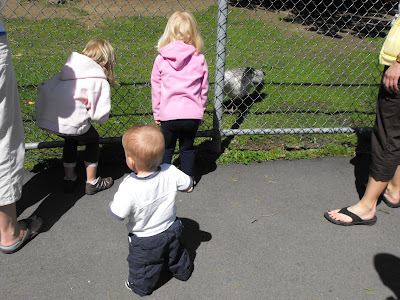 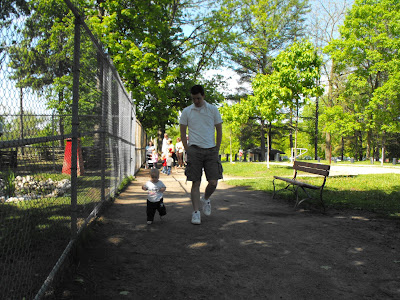 We also went to a play place called busy bees with the trinks and their daughters. Jack was a smide overwhelmed by all the toys, but he definately had alot of fun! 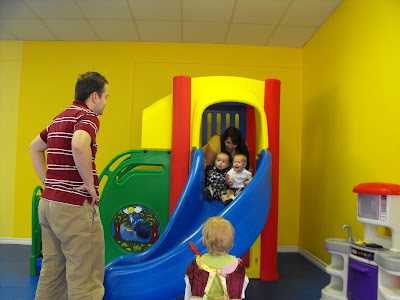 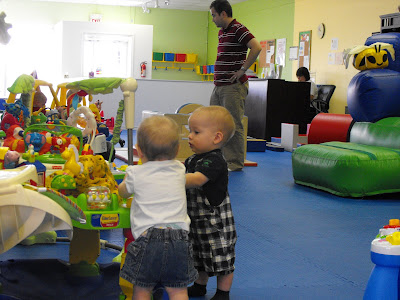 We went to Brantford and Jack got to spend time with his grandparents and meet some of my old friends from Browntown. 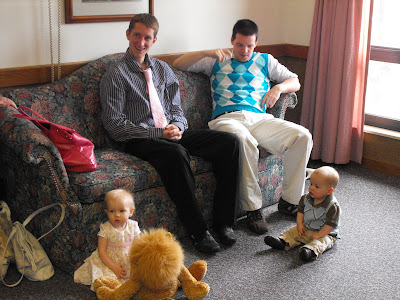 Life in general has been pretty great, but busy. I promise though I will be better at keeping up from now on!
Posted by robinm at 3:22 PM

yay an update!! looks like life has been busy but looks like a ton of fun!! i'm glad jack is loving his daycare.